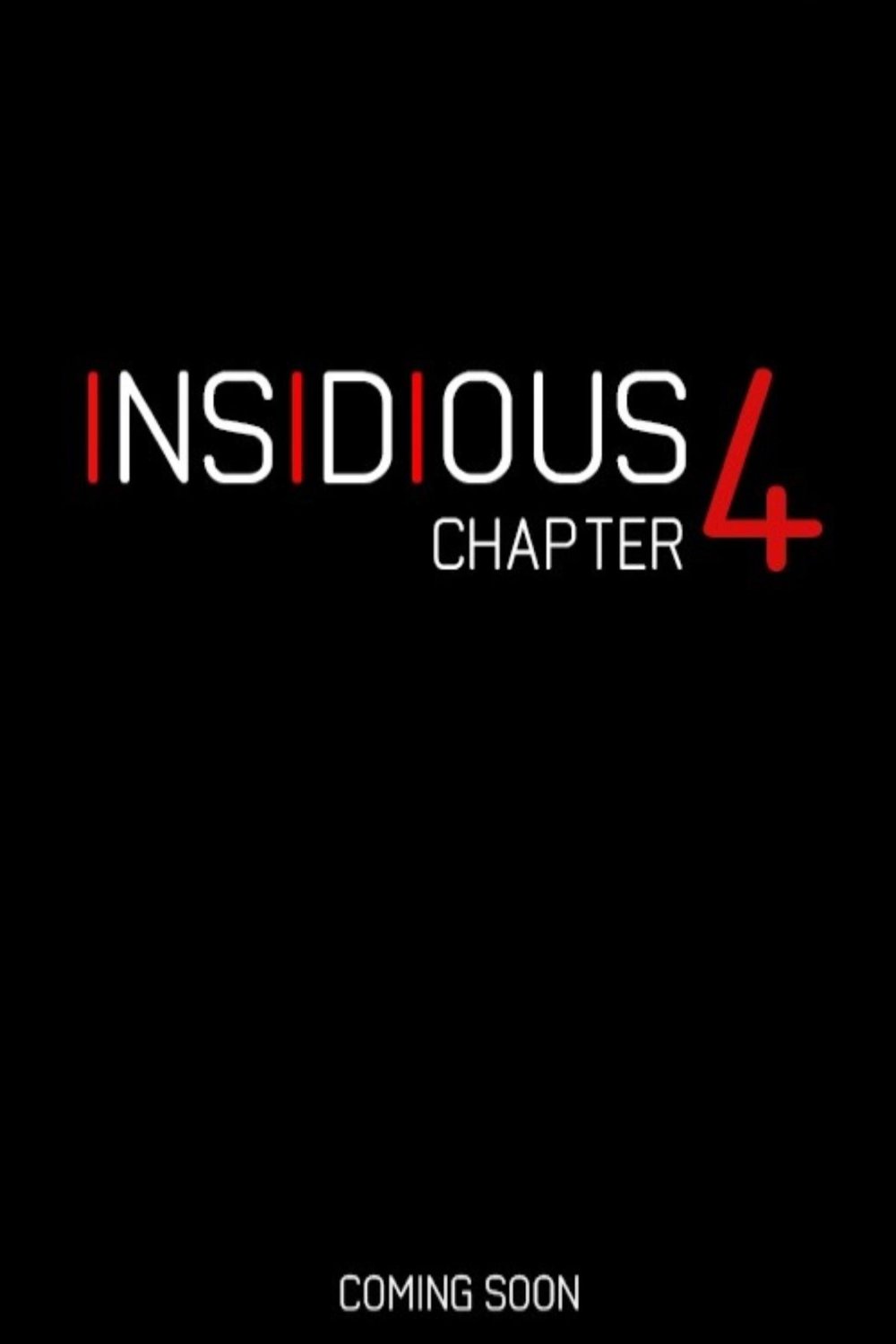 Whannell replied,. I haven't really thought about it yet. But for the purposes of this interview, I'll say that I'd like to explore the time between this film and the first film.

That whole area there where Elise has rediscovered her gift, I think you could have a lot of adventures before she arrives.

So I think there is a lot of room there. We've kind of established Lin [Shaye] in this particular film as kind of this superhero, so that would be kind of interesting to explore in the other films.

Principal photography began in August , [6] and ended the following month. Insidious: The Last Key was released on January 5, In October , the first poster and two trailer were divulged via Universal and Sony Pictures Entertainment.

And with the fourth chapter, Insidious: The Last Key , this saga is on a familiar path. On October 29th, , it was announced that a sequel movie was in the works with Teems writing the screenplay based on a story by Whannel and series star Patrick Wilson directing.

It will focus on a grown-up Dalton, a role reprised by series star Ty Simpkins , as he heads off to college. From Wikipedia, the free encyclopedia.

How did you buy your ticket? View All Videos 4. View All Photos Movie Info. Brilliant parapsychologist Elise Rainier receives a disturbing phone call from a man who claims that his house is haunted.

Accompanied by her two investigative partners, Rainier travels to Five Keys to confront and destroy her greatest fear -- the demon that she accidentally set free years earlier.

I suppose I should start off with the fact that Lin Shaye is a legend and I am always happy to see her get a well-deserved chance to take play the lead character.

And given the fact that Elise's character has been the only one to appear in all of these movies, I'm glad that we got to explore her backstory more at length here than in any of the previous movies.

I'm also incredibly happy that Lin Shaye starred in the most commercially successful installment of the franchise yet, because that means we might get more Elise-focused stories if the franchise is to continue.

And it's also cool to know that Lin, a year-old woman, was the lead in the most successful entry in the franchise.

And I know it's more the name of the franchise than Lin Shaye, but let her have this moment damnit. With that said, there's another thing I'd like to talk about and that is the fact that this movie isn't good.

It's better than the second movie, that's for sure, but it's not good. This is strange, because the first and third movies were good and the second and fourth weren't.

So if there is a fifth movie in the franchise, would that mean that that one should turn out to be good given that the odd-numbered entries seem to have more effort put into them?

I don't know, it's something pointing out. And one last thing. This is something I've been ruminating about for a while now and that is Disney horror.

I don't mean that Disney is actually making horror, of course, what I mean is the fact that the Insidious franchise falls into this category of horror that's more easily digestible than horror movies like, say, Hereditary, Babadook, The Witch or Mandy, which appeal more to a specific niche of people.

I hate to say that these Disney horror movies play it safe, but they're horror movies that you can watch with your mom, if she happens to hate horror movies, because it's designed to be a shared experience with people who might not necessarily enjoy these movies to begin with.

There's no real edge to them. Again, that's not speaking about the overall quality of these movies, it's just an observation that these movies, as good as some of them may be, seem to play it safe in terms of its horror.

I've enjoyed my share of films that would fit into this mold. I like both Conjuring movies more the first one than the sequel and, as I mentioned, I liked Insidious 1 and 3.

I suppose that doesn't really matter as it relates to this movie. I don't know, I think there was great potential in exploring Elise's past and what led her to becoming the person she is at the start of the franchise, but I think the movie misses its chance to create something truly memorable by telling a confusing narrative that doesn't really seem to serve any sort of tangible purpose.

Elise has had the gifts she was born with since she was a child. Her mother supported her, but her father hated this and he beat her with a stick to hopefully 'correct' this behavior.

Long story short, Elise's father locks her up in the basement, Elise opens a red door at this demon's behest she doesn't know it's a demon because she's a child.

Her mother comes down to the basement and the demon kills Elise's mother, the only person who supports her. Elise, at sixteen-years-old, leaves home after deciding she's not gonna take any more of her father's abuse.

Oh and did I mention that Elise had a brother, whom she left behind. In more modern times, , Elise receives a call from this man who lives at her childhood house.

He's starting to hear and see strange things and he contacts her and her team in order to, hopefully, get rid of the ghosts.

Elise is hesitant for, like, five seconds before deciding to go and confront her fears once and far. Christian, her brother, reappears again and that creates some tension between the two, understandably.

And, really, I think the potential is here to tell a strong story about Elise finally confronting her greatest fears, overcoming them and becoming part of her brother's life again.

I get why they did it, because Imogen, the oldest I assume, also has the same abilities to 'escape her body and go into the Further', if you will, but I don't think that's nearly as interesting as exploring Elise's relationship with her brother.

If Bruce Davison, who plays Christian, appears in more than 15 minutes of screen time, it's probably still too much. And, again, it sort of takes away from the emotional impact that story could have, when it's focused on the relationship Elise has with her nieces, whom she didn't abandon, so there isn't that built-in anger between the two.

And I understand that maybe the idea is that it seems that all the women in this family all have this gift, but it doesn't lend itself to a satisfying story when it takes away from what should have been the focus of Elise mending her relationship with her brother.

Like in the third one, it's a story about a father and his daughter and the movie didn't really deviate from that.

Well, imagine that, when all this was going on, the father shifted focus and tried to help a neighbor instead of his daughter, even though helping the neighbor still helped him save his daughter.

It takes the impact away, because the characters are not interacting or sharing any screen time together. Same thing applies here and it just doesn't work.

I hate to harp on this so much, but it was really noticeable. Even with that, however, the horror elements of the film itself didn't really work for me.

There's this demon, called Key Face, that wants Elise to open some doors to release himself and his slaves, I think.

I don't know. The point is that Key Face was possessing her father and causing her to abuse her the way he did which is a lovely message to send, your abuser isn't really himself, he's just possessed by a demon.

It also led to Gerald, Elise's father, to keep women hidden in the basement as prisoners for Key Face. What Key Face needed these prisoners for, I do not know, it is never made clear.

Key Face also possessed Ted, the man who called Elise to get rid of the ghosts, and he proceeded to do the same thing her father did, keep women hidden in the basement for Key Face.

In short, the story is a goddamn mess. And it's not written in a way where it's subtle storytelling, like the movie gives you all the pieces for you to put together like Hereditary , because this movie ISN'T meant to be like that.

It's meant to be a straightforward horror movie that casual audiences can sit down to enjoy so, really, this movie was not ever going to employ subtle and nuanced storytelling where you have to pay attention to every little detail to truly comprehend the narrative.

This wouldn't be such a big issue, for me at least, if the horror was any good. But, of course, you guessed it, the horror is also no good. It is laden with jump scares and not even the good kind, like that one in episode eight of The Haunting of Hill House those who know, know.

They are, as I often say regarding jump scares, lazy. A loud noise, a quick cut and a scary face appearing out of nowhere isn't real horror.

Screamers were really popular back in the day and those screamers rely on the element of surprise. You're NOT expecting for a demonic face screaming at you when you're watching a video about, I don't know, cats.

No one has ever claimed screamers to be great horror, they're just something you do to laugh at your friends. The same standards should apply to horror movies.

I'm not saying jump scares are inherently bad, because they can work, it's just that a lot of these movies use them to substitute the lack of tension and atmosphere that is necessary to create a feeling of unease.

If you take the horror from Hill House out of context, you might think to yourself that there's nothing special about it.

But when you combine it with the rest of the series and all the little details that surround it, its characters and its narrative, that horror is magnified tenfold.

This movie has none of the effort put into it for them to expect you to truly get into this woefully inefficient horror. I don't know, but it seems to me that Leigh Whannel, who also wrote this movie as well as acted in it, was more concentrated on Upgrade, a film he directed and wrote.

It's hard to be that into a third sequel for this franchise when you got something that's new and exciting coming up on the horizon.

Upgrade came out six months after this film's release, so it wouldn't surprise me if there was some overlap between this one and Upgrade, in terms of development.

It's a shame that Lin Shaye gives such a committed and strong performance only for the movie's script to let her down at, quite literally, every turn.

This really should have been the best movie in the franchise, the potential was there, but this just ended up feeling like a lazy and completely unnecessary sequel.

Lin Shaye deserves better and I know Leigh Whannell can do better, so I don't know where this went wrong. I suppose you could point to the director, Adam Robitel, since he's the one who has to glue all of these disparate pieces together.

But, really, the movie doesn't look or feel that different from any of the others. 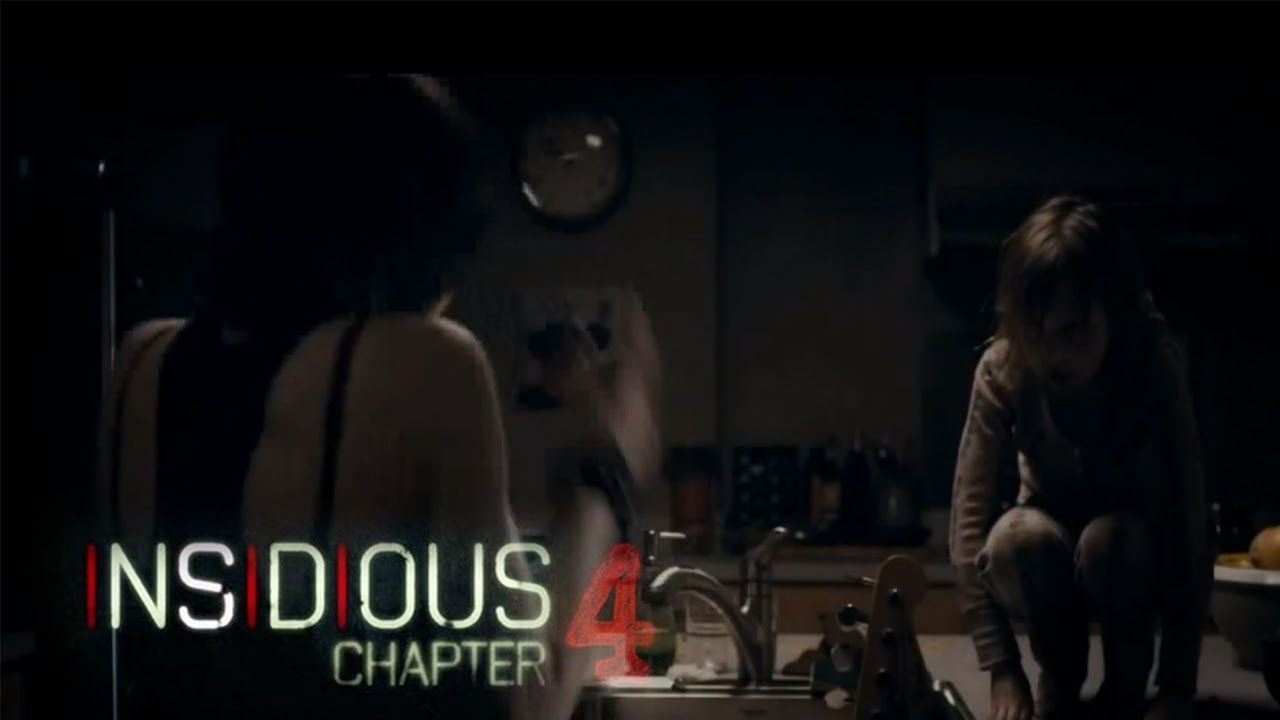